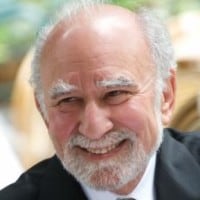 Perry Kaufman began his career as a "rocket scientist", working on the navigation systems which were later using in the Apollo missions. In 1971 he became involved in the futures market and in that time has worked and consulted to a number of successful CTA, investment and prop trading … END_OF_DOCUMENT_TOKEN_TO_BE_REPLACED